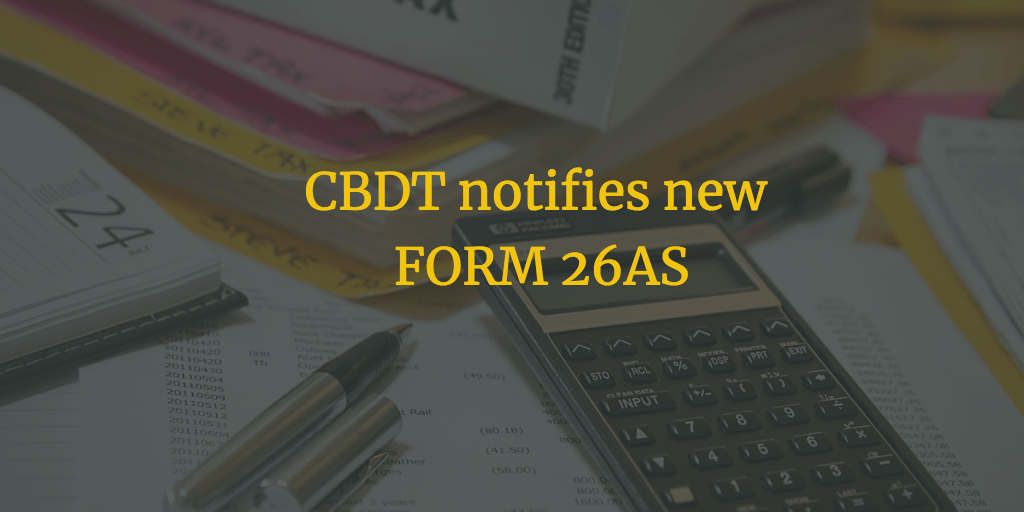 New Form 26 AS released by Income Tax Department is an Annual Information Statement. The Central Board of Direct Taxes amends the Income-tax Rules, 1962. The New Form 26AS will come into effect from 1st June 2020.

CBDT in exercise of the powers conferred by section 285BB read with section 295 of the Income-tax Act, 1961 makes the following rules

Extract of New Rule 114-I Inserted

114-I.(1) The Principal Director General of Income-tax (Systems) or the Director-General of Income-tax (Systems) or any person authorised by him shall, under section 285BB of the Income-tax Act,1961, upload in the registered account of the assessee an annual information statement in Form No. 26AS containing the information specified in column (2) of the table below, which is in his possession within three months from the end of the month in which he receives the information.”

Contents of New Form 26AS

The Principal Director General of Income-tax will be uploading information on the below details in the taxpayer’s account within three months of receiving the information.

(III)in Appendix II, Form 26AS is substituted by the following Form, namely:-